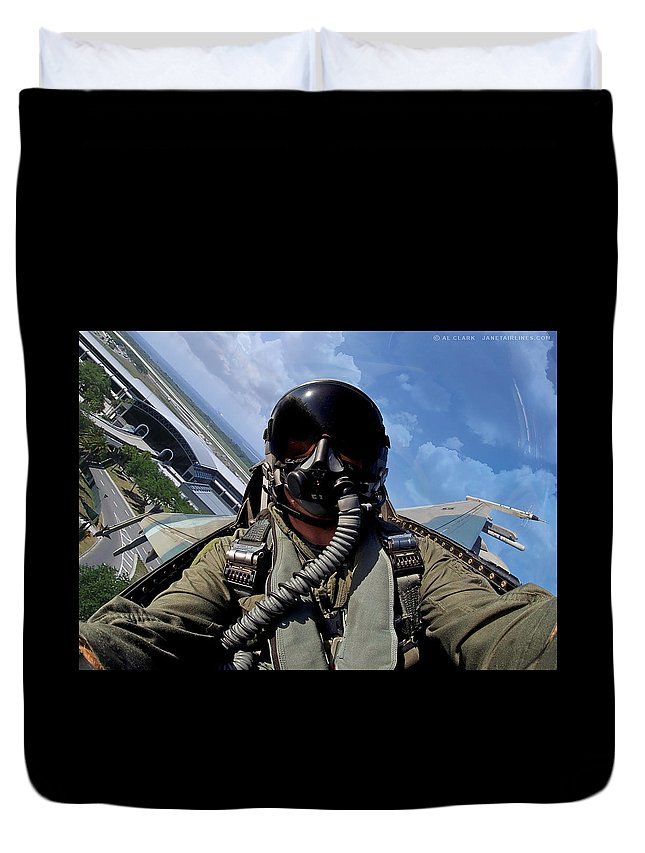 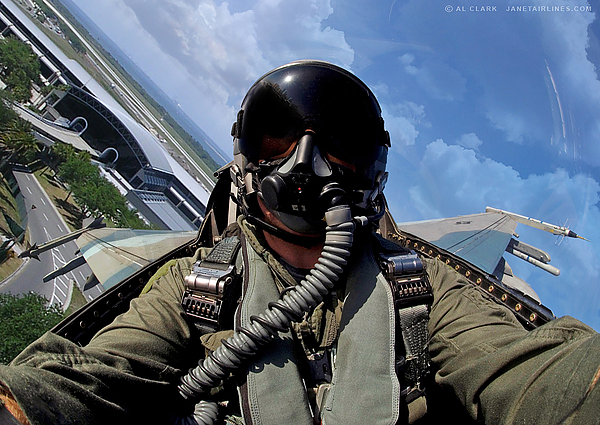 Queen duvet cover (88" x 88") featuring the image "F-16N Over Tampa International" by Custom Aviation Art. Our soft microfiber duvet covers are hand sewn and include a hidden zipper for easy washing and assembly. Your selected image is printed on the top surface with a soft white surface underneath. All duvet covers are machine washable with cold water and a mild detergent.

The F-16N was developed as a “chase plane” and used in an aggressor role at Top Gun, Mirimar California, where it would play the role of the... more

The F-16N was developed as a “chase plane” and used in an aggressor role at Top Gun, Mirimar California, where it would play the role of the “bad guy” in air combat maneuvers (ACM) and training. The F-16 closely resembles the performance of the Warsaw Pact countries’ Mig-29, and so the F-16N was painted in Warsaw Pact colors. In this image we find an F-16N "buzzing" the Tampa International Airport terminal complex.