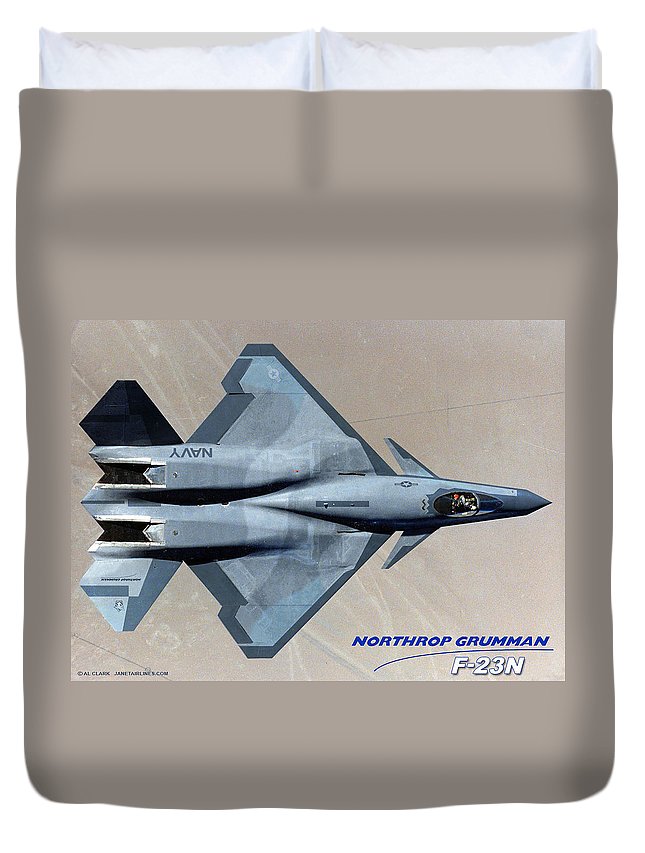 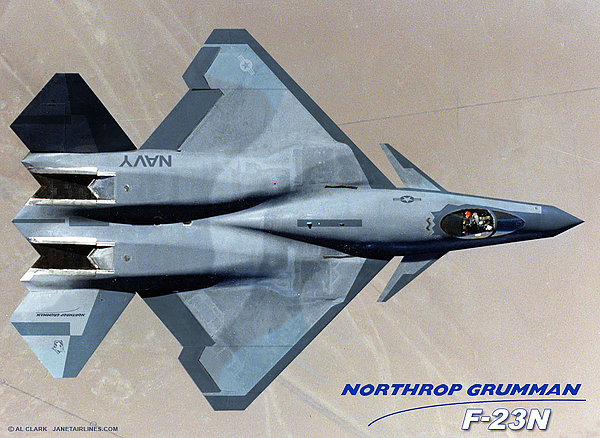 Queen duvet cover (88" x 88") featuring the image "F-23N Sea Widow" by Custom Aviation Art. Our soft microfiber duvet covers are hand sewn and include a hidden zipper for easy washing and assembly. Your selected image is printed on the top surface with a soft white surface underneath. All duvet covers are machine washable with cold water and a mild detergent.

The Northrop/Grumman F-23N is an American single-seat, twin-engine stealth fighter designed for the United States Navy (USN). The design is a... more

The Northrop/Grumman F-23N is an American single-seat, twin-engine stealth fighter designed for the United States Navy (USN). The design is a pro-generation of the finalist in the USAF's Advanced Tactical Fighter (ATF) competition, battling the Lockheed YF-22 for a production contract. Two YF-23 prototypes were built, nicknamed "Black Widow II" and "Gray Ghost". The F-23N has yet to be revealed to the public.