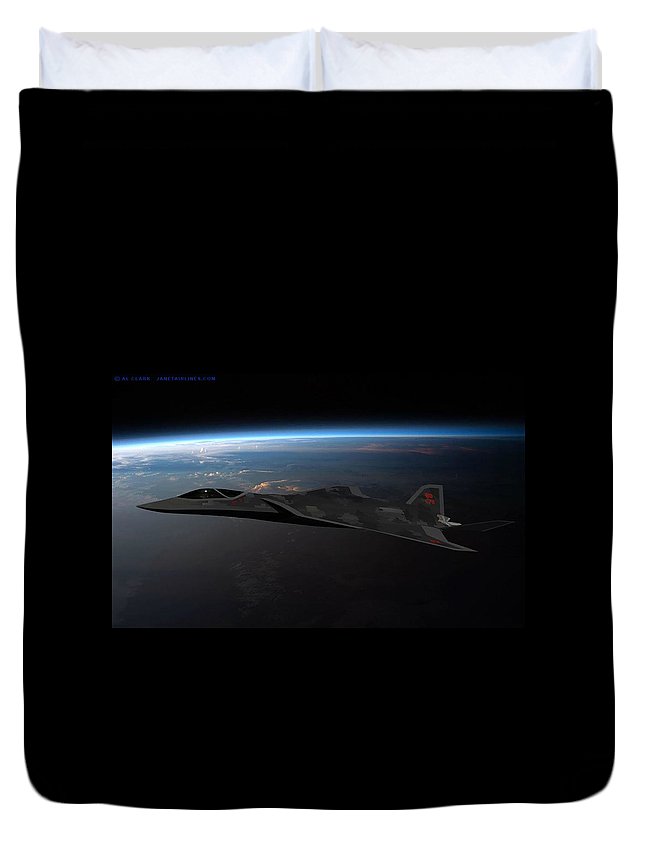 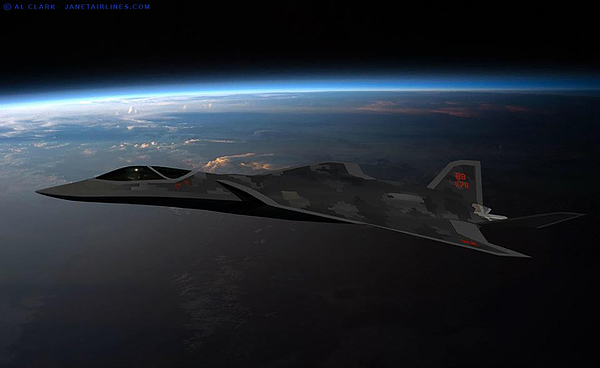 Queen duvet cover (88" x 88") featuring the image "Lockheed LMT Intel Raven R" by Custom Aviation Art. Our soft microfiber duvet covers are hand sewn and include a hidden zipper for easy washing and assembly. Your selected image is printed on the top surface with a soft white surface underneath. All duvet covers are machine washable with cold water and a mild detergent.

Lockheed Martin's Skunk Works division has revealed a conceptual next-generation fighter design that offers the first hints of an ambitious, long-term technology strategy for the new class of tactical aircraft that will emerge after 2030. The concept - published in a 2012 calendar distributed to journalists - indicates the company will continue to seek new breakthroughs in performance despite the risk-averse culture of today's weapons buyers in the US military. Featuring an F-22-like nose, an unusually contoured wing and nearly flat canted tails, the concept suggests a new level of speed and agility. This 6th generation F-22 replacement is affectionately known as the LMT Raven II Ultimate Tactical Fighter (UTF). Here we see a high altitude Super Stealth Raven R at the upper limits of its envelope performing an Intel mission deep over adversarial strategic coordinates.