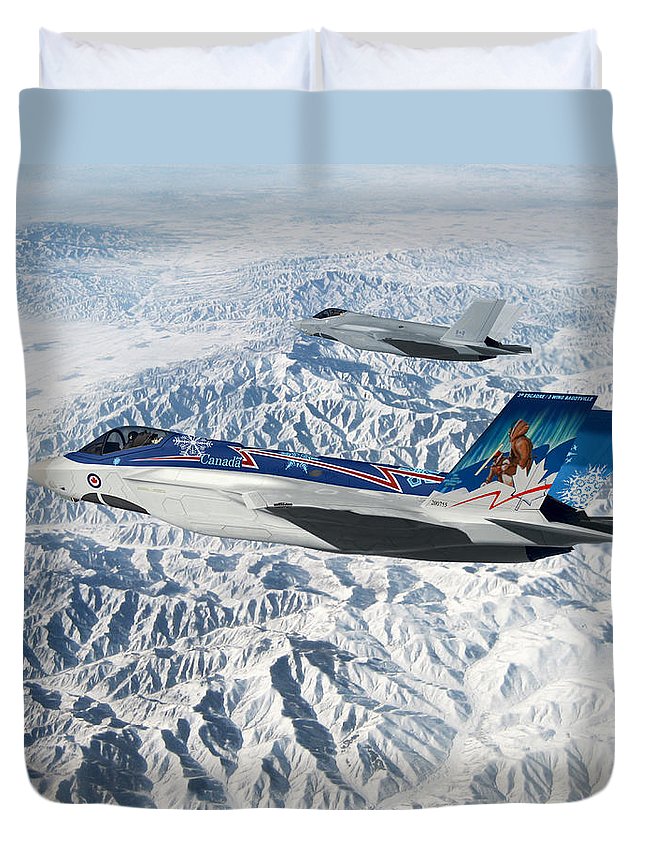 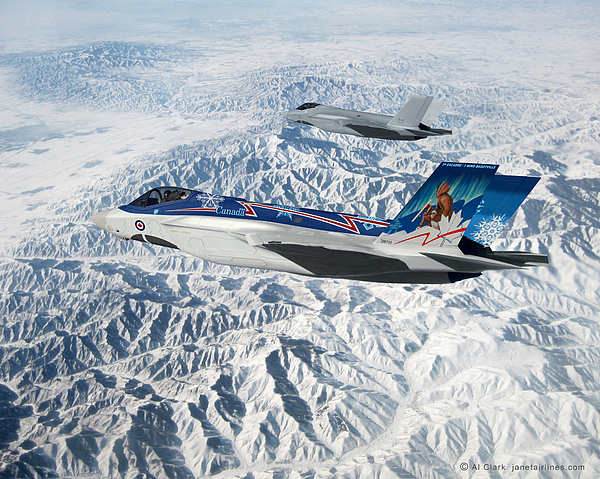 Queen duvet cover (88" x 88") featuring the image "RCAF F-35A Demo" by Custom Aviation Art. Our soft microfiber duvet covers are hand sewn and include a hidden zipper for easy washing and assembly. Your selected image is printed on the top surface with a soft white surface underneath. All duvet covers are machine washable with cold water and a mild detergent.

- The Lockheed Martin F-35 Lightning II is an American family of single-seat, single-engine, all-weather stealth multirole combat aircraft that is intended to perform both air superiority and strike missions. It is also able to provide electronic warfare and intelligence, surveillance, and reconnaissance capabilities. Lockheed Martin is the prime F-35 contractor, with principal partners Northrop Grumman and BAE Systems. The aircraft has three main variants: the conventional takeoff and landing F-35A (CTOL), the short take-off and vertical-landing F-35B (STOVL), and the carrier-based F-35C (CV/CATOBAR). Pictured are two RCAF F-35As - one the RCAF Demo plane - in formation over the beautiful mountainous terrain.