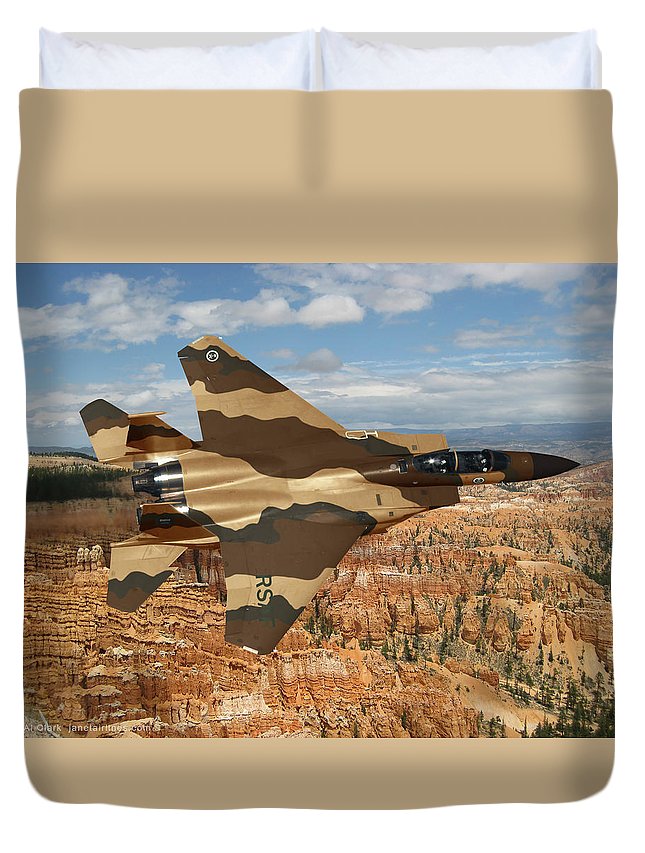 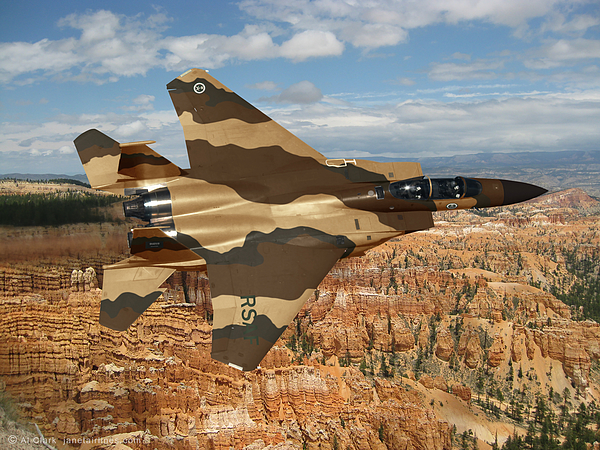 Queen duvet cover (88" x 88") featuring the image "RSAF F-15 Eagle" by Custom Aviation Art. Our soft microfiber duvet covers are hand sewn and include a hidden zipper for easy washing and assembly. Your selected image is printed on the top surface with a soft white surface underneath. All duvet covers are machine washable with cold water and a mild detergent.

The Royal Saudi Air Force (Arabic: القوات الجوية الملكية السعودية‎) (RSAF) is the aviation branch of the Saudi Arabian Armed Forces. The RSAF has developed from a largely defensive military force into one with an advanced offensive capability, and maintains the third largest fleet of F-15s after the U.S. and Japanese air forces. The backbone of the RSAF is currently the Boeing F-15 Eagle, with the Panavia Tornado also forming a major component. The Tornado and many other aircraft were delivered under the Al Yamamah contracts with British Aerospace (now BAE Systems). This newly painted RSAF F-15s are banking over the hills of central Arizona on a test flight.