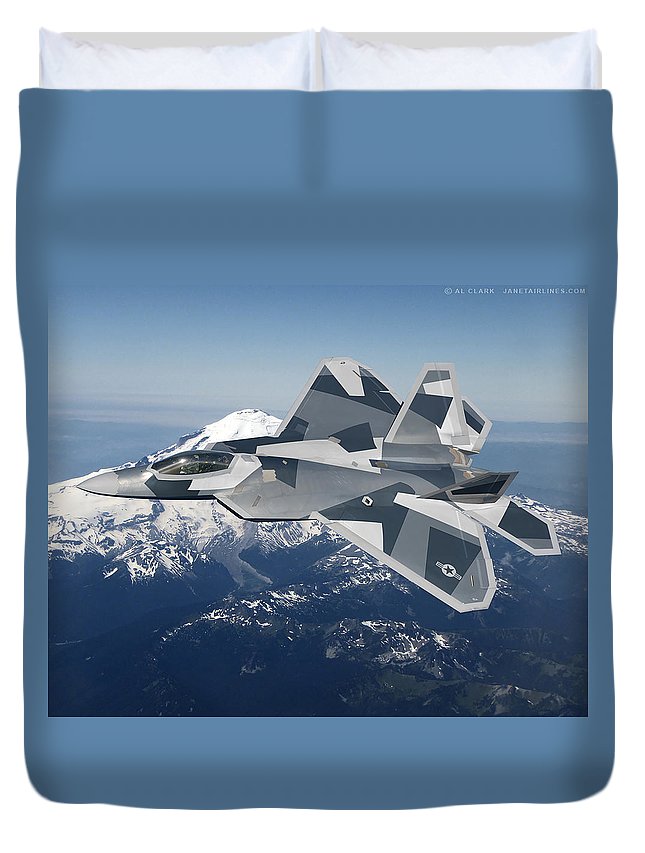 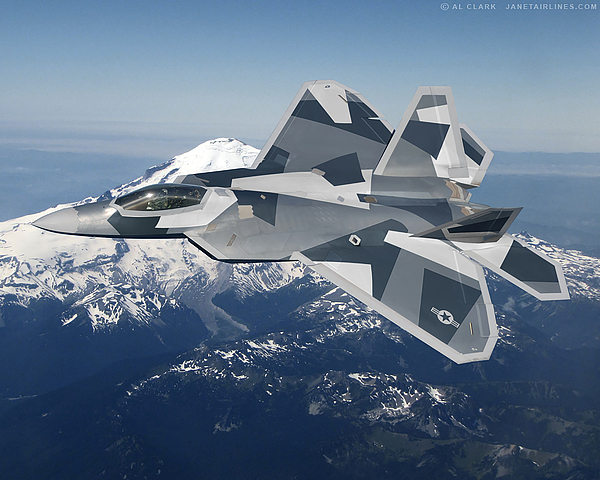 Queen duvet cover (88" x 88") featuring the image "Splinter Raptor" by Custom Aviation Art. Our soft microfiber duvet covers are hand sewn and include a hidden zipper for easy washing and assembly. Your selected image is printed on the top surface with a soft white surface underneath. All duvet covers are machine washable with cold water and a mild detergent.

The F-22 Raptor is one of the United States Air Force's (USAF's) newest fighter aircraft. Its combination of stealth, supercruise, maneuverability,... more

The F-22 Raptor is one of the United States Air Force's (USAF's) newest fighter aircraft. Its combination of stealth, supercruise, maneuverability, and integrated avionics, coupled with improved supportability, represents an exponential leap in warfighting capabilities. The Raptor performs both air-to-air and air-to-ground missions allowing full realization of Dominance. This "what-if" example is sporting a "splinter camouflage" scheme which emulates some of the latest Russian fighter aircraft.