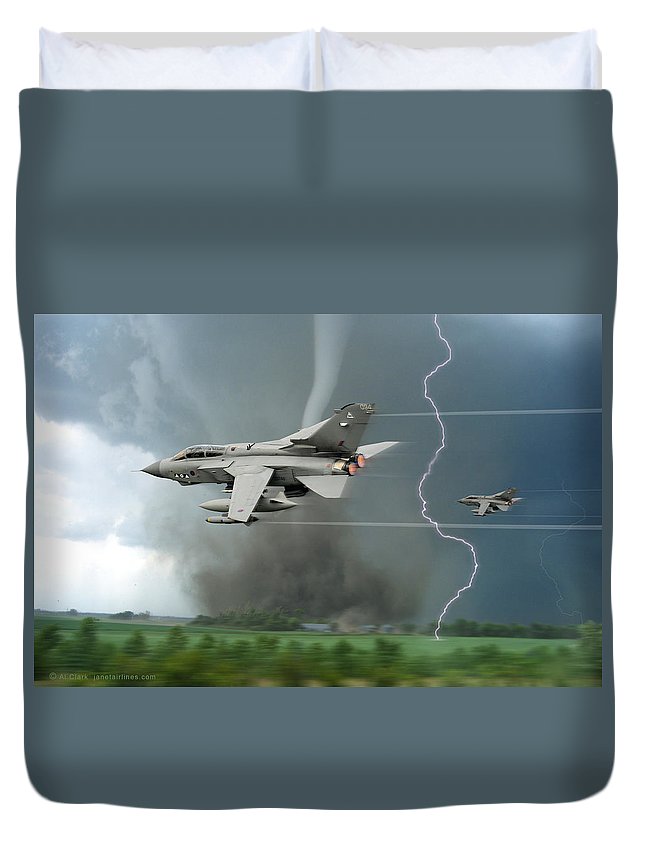 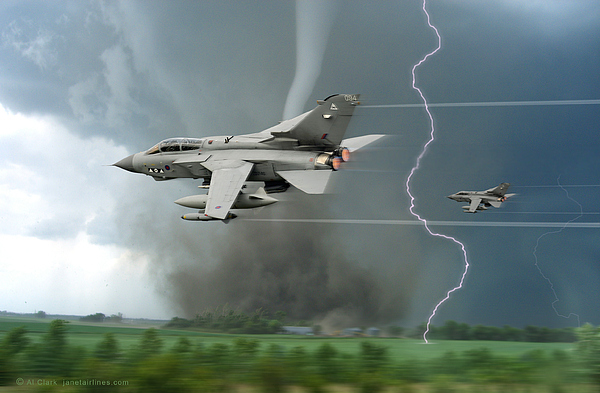 Tornados In The Storm Duvet Cover

Queen duvet cover (88" x 88") featuring the image "Tornados In The Storm" by Custom Aviation Art. Our soft microfiber duvet covers are hand sewn and include a hidden zipper for easy washing and assembly. Your selected image is printed on the top surface with a soft white surface underneath. All duvet covers are machine washable with cold water and a mild detergent.

The Panavia Tornado Air Defence Variant (ADV) was a long-range, twin-engine interceptor version of the swing-wing Panavia Tornado. The aircraft's first flight was on 27 October 1979, and it entered service with the Royal Air Force (RAF) in 1986. It was also previously operated by the Italian Air Force (AMI) and the Royal Saudi Air Force (RSAF). This pair of Tornados is taking evasive maneuvers to avoid the rare tornado over the English countryside.