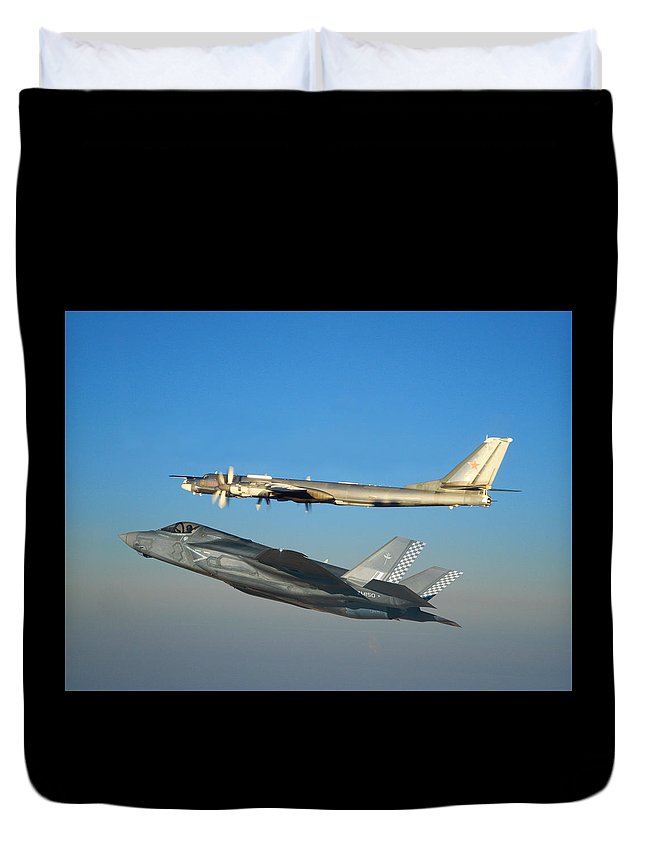 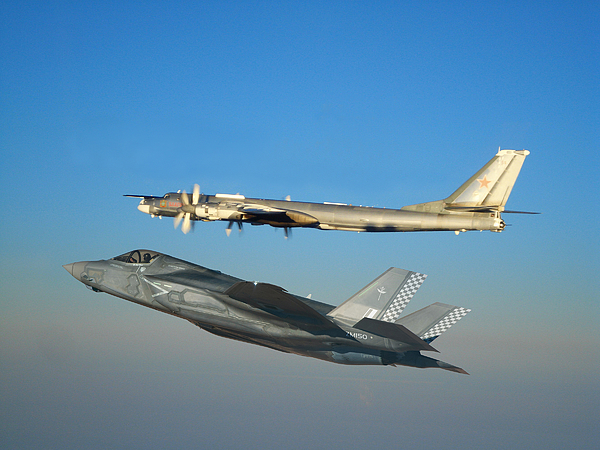 Queen duvet cover (88" x 88") featuring the image "UK F-35B Bear Intercept" by Custom Aviation Art. Our soft microfiber duvet covers are hand sewn and include a hidden zipper for easy washing and assembly. Your selected image is printed on the top surface with a soft white surface underneath. All duvet covers are machine washable with cold water and a mild detergent.

The F-35B is the short takeoff and vertical landing (STOVL) variant of the aircraft. Similar in size to the A variant, the B sacrifices about a third... more

The F-35B is the short takeoff and vertical landing (STOVL) variant of the aircraft. Similar in size to the A variant, the B sacrifices about a third of the A variant's fuel volume to accommodate the SDLF. This variant is limited to 7 g. Unlike other variants, the F-35B has no landing hook. The "STOVL/HOOK" control instead engages conversion between normal and vertical flight. The F-35 can also perform vertical and/or short take-off and landing (V/STOL). Cooperation between Lockheed Corporation and Yakovlev for Yakovlev Yak-141 played an important role for development of the STOVL system of F-35B. This British F-35B finds himself shadowing a Russian Tupolev Tu-95 Bear.