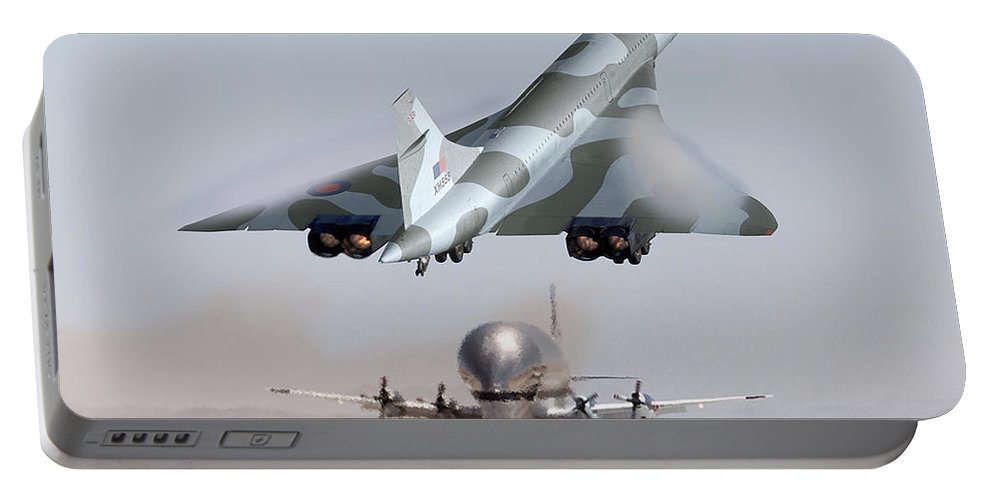 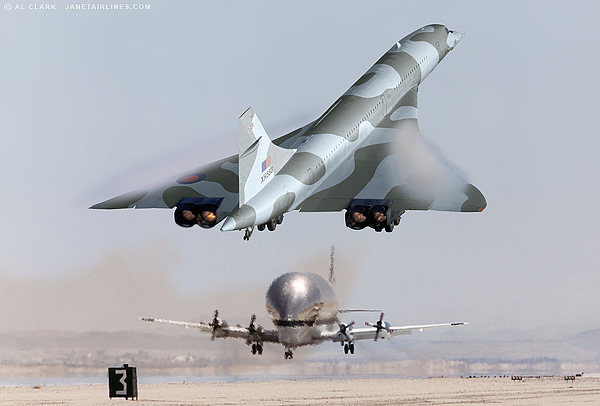 The Aérospatiale/BAC Concorde is a British–French turbojet-powered supersonic passenger airliner that was operated from 1976 until 2003. It had a... more

The Aérospatiale/BAC Concorde is a British–French turbojet-powered supersonic passenger airliner that was operated from 1976 until 2003. It had a maximum speed over twice the speed of sound, at Mach 2.04, with seating for 92 to 128 passengers in civilian configuration, and up to 80 troops in its rapid deployment mode. Pictured is an RAF SST, in the Avro Vulcan colors adopted at the time, testing systems one one of the rare humid days at Edwards AFB, CA. A Guppy transport aircraft can be seen sharing Rodger’s Dry Lake with Concorde.