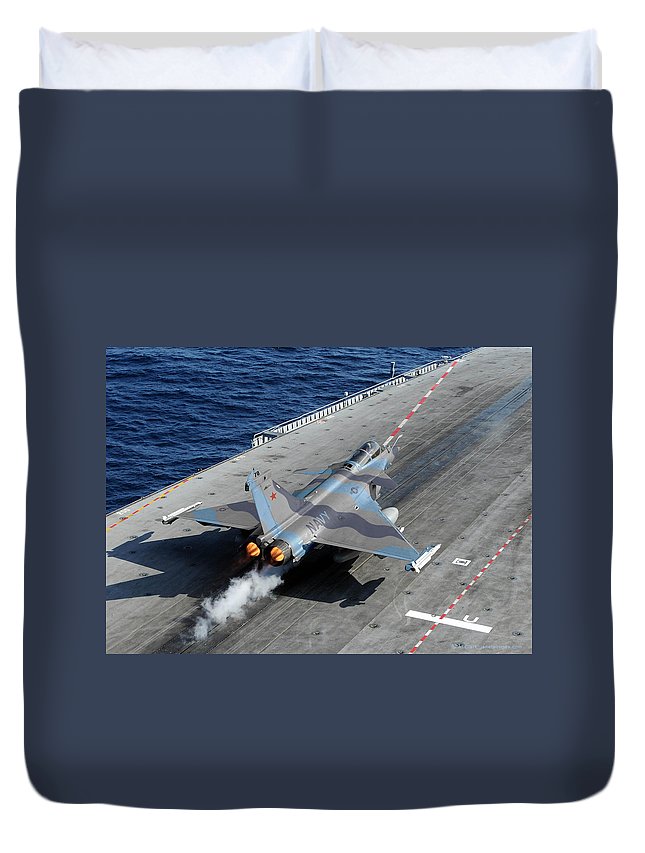 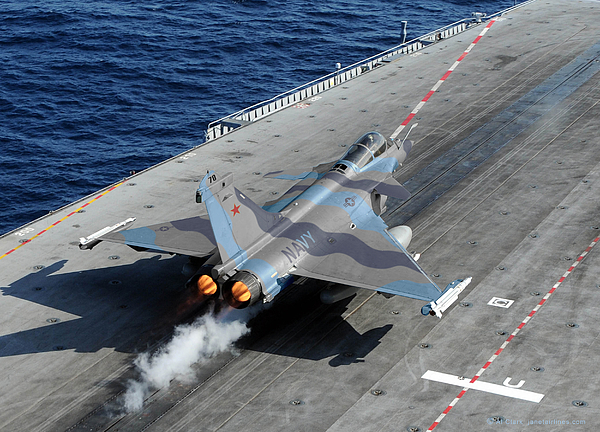 Queen duvet cover (88" x 88") featuring the image "TOPGUN Rafale" by Custom Aviation Art. Our soft microfiber duvet covers are hand sewn and include a hidden zipper for easy washing and assembly. Your selected image is printed on the top surface with a soft white surface underneath. All duvet covers are machine washable with cold water and a mild detergent.

The Dassault Rafale (French pronunciation: ​[ʁafal], literally meaning gust of wind, and burst of fire in a more military sense) is a French... more

The Dassault Rafale (French pronunciation: ​[ʁafal], literally meaning "gust of wind", and "burst of fire" in a more military sense) is a French twin-engine, canard delta wing, multirole fighter aircraft designed and built by Dassault Aviation. Equipped with a wide range of weapons, the Rafale is intended to perform air supremacy, interdiction, aerial reconnaissance, ground support, in-depth strike, anti-ship strike and nuclear deterrence missions. The Rafale is referred to as an "omnirole" aircraft by Dassault. Pictured is a captured Rafale being utilized by TOPGUN.